Today, we will be introducing one of the core features of the Ecosystem itself. This is something that will help the Ecosystem develop and thrive by offering projects various tools to make their life easier when deciding to build on HYVE. Furthermore, this article details some of our thoughts regarding our plans for HYVE and the HYVE Ecosystem.

We’ll start with the basics. By now, everyone has their idea about what HYVE is and we’ve gotten into this a fair amount of times to date, but we want to sum things up as well as we can.

HYVE is two things: A Global Directory and an Infrastructure for Decentralized Platforms.

What does that mean? Well, it means several things, but in short, it means you can post any sort of service on HYVE. Whether that is a task, a competition, a job, or anything else, HYVE can handle it.

Alright, why is it global though? Simple. It’s because we allow other platforms to build on top of HYVE. So if someone builds a niche freelance platform for doctors, and builds it on top of HYVE, then those tasks will also show up on HYVE. Naturally, even when they show up on HYVE they will include whatever extra fee the niche platform has set.

This also brings us to our next point.

HYVE is a platform, but it’s also more than that. HYVE is an Ecosystem for other platforms. We’ve had to build and integrate an incredible amount of things to make HYVE work, and so we’ve realized that anyone who wants to build an actual platform with blockchain has to do the same.

So why not make it easy then? Well, that’s what we’re doing. We’re opening up our infrastructure to enable a whole new generation of marketplaces and platforms to be built on top of Blockchain.

Before we get into the crux of the update today, let’s make a small recap of some things so it’s easier for everybody to understand exactly what we’ll be unveiling.

This includes dispute resolution, privacy between parties, blockchain-verified agreements between them, escrow, and a ton of other things.

Without further ado, today, we are introducing HYVE LAUNCH. This is a full Dapp that works in tandem with the other 3 components of the HYVE Ecosystem. To sum up the 4 components, they are as follows.

Now that we’ve mostly explained what the main components are, let’s get into a bit more detail in regards to our 4th component, HYVE LAUNCH. While HYVE LAUNCH will also have several versions as we iterate along the way, just like the other components, today we will be focusing only on what the first version of the application will include.

HYVE LAUNCH allows projects to generate their token. At first, we’ll support Binance Smart Chain and Ethereum, meaning projects can create both a BEP20 and an ERC20 token.

All token contracts generated through the Launch component bring forth an extra sense of security since not only is everything audited, but the smart contracts themselves are written by a blockchain auditing company, namely our partners at Cyber Unit.

Projects will then be able to organize a fundraiser through the application, while also allocating a specified % of the raise towards liquidity providing.

This is done programmatically and transparently and the liquidity becomes locked. While the project decides the variables (i.e. how long to lock liquidity etc) this ensures that a safe and trustworthy ecosystem will develop around the principle of transparency. The liquidity is provided by the smart contract automatically once the fundraiser comes to an end.

Once a fundraiser is finished, projects can then choose to create their Vault, whereby they can reward existing holders who decide to stake.

In addition to the normal functionality of staking Vaults, projects can choose various ways to link their Vaults to existing features of their platform to further incentivize users through game theory and the likes.

HYVE LAUNCH will naturally also feature an HYVE Vault. This Vault is different from the normal staking and the normal Vault that the HYVE Client will offer. Because this Vault will distribute to the HYVE stakers the tokens which are taken as a fee from the projects that use HYVE LAUNCH.

On one hand, this helps the building of the project on top of the Ecosystem reach a wider audience while on the other hand, it allows existing HYVE holders to not only be more involved in the Ecosystem but also benefit from this.

Every project that makes use of HYVE LAUNCH, whether to open a Vault or launch their project, will pay a fee, which will then go to the people that staked HYVE in the Vault.

This also comes as a counterbalancing in addition to our existing HYVE staking and HYVE Vault inside of the HYVE Client, because users will always be able to make one of three choices, depending on what they think is most beneficial for them at the time. By further adding an incentive and a component to the Nash Equilibrium that we’ve created inside the Ecosystem we build value and extra functionality for the project and also help in reducing large volatility.

The HYVE Client is still scheduled to launch in Q3 and this does not affect our release schedule at all, simply because HYVE LAUNCH is with the help of Cyber Unit, a well-known and quite old company in the space focused on auditing and building blockchain smart contracts.

Additionally, while we had always planned to release this either way to help the Ecosystem prosper, we have tried and eventually succeeded to have it scheduled within the same timeframe to allow projects to be able to build on top of HYVE right away.

This was done for several reasons, but an important reason was simply that quite a few different companies have already contacted us to see if they can build on top of HYVE, so we decided to speed things up.

While this may come as a surprise, this is scheduled to be finished around the same time as the HYVE Client. In other words, in Q3 not only will freelancers and users alike be able to make use of the HYVE platform, but projects will be able to start building on top of the Ecosystem right away.

In July we will start posting sneak peeks of both HYVE LAUNCH and HYVE Client. Furthermore, we will also start doing monthly updates with details about what we’re working on, how things are progressing, new features, and much more.

We still have quite a few things left to unveil but until then we hope you’re as excited as we are about HYVE LAUNCH! 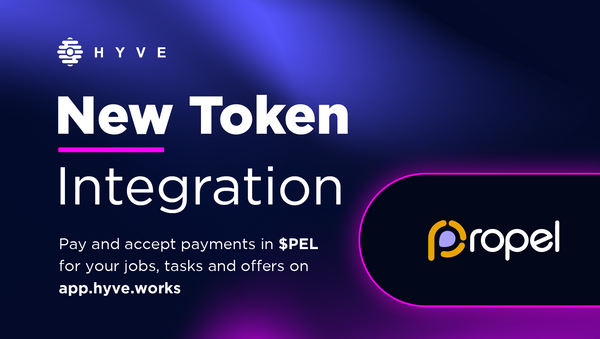 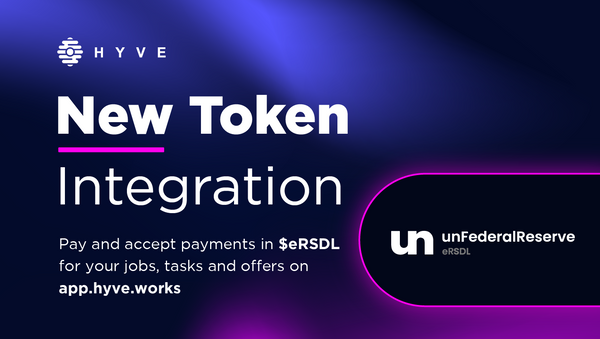