The world is ever-changing, and we always try to stay in the loop and not get left in the dust. However, in recent years, the development of new technologies has been increasingly rapid, to the point where some people might not even be able to keep up with its pace. What is blockchain, decentralized finance? No more third-party governance? Could blockchain innovate ANY centralized business? At the end of the day, should we be scared of new tech or transform the way we approach our future?

As you may have heard before, no man’s land is the unoccupied land currently under a dispute, specifically between parties that leave it unoccupied, caused to the fear of uncertainty. You can think of it as a fear of the unknown, where people will generally avoid it because they are not sure of how it all works. This is by far one of the main ways through which many technological advancements have, over the years, been bottle-necked.

A Closer Look At Our Industry

If we look at Bitcoin and its blockchain, we can see that it wasn’t necessarily the first throughout history. The proposition for this proof-of-work scheme, that powers the Bitcoin blockchain was developed back in 1992 by Moni Naor and Cynthia Dwork, who proposed that value could be brought through the use of cryptographers. However, it only became valid when Satoshi Nakamoto made it more understandable in 2009 through the release of the Bitcoin blockchain.

In other words, what was once deemed unnecessary, unknown, and “no man’s land”, currently became land that could be occupied, land that, well, could become everyone’s land.

As such, many more people got involved in cryptocurrencies, and today, it has become one of the world's biggest industries. Now, being a first-generation product, it was far from perfect, so people out there have tried to improve upon it. One such improvement was the Ethereum blockchain, which uses smart contracts to allow for more use cases to be built on top of the technology.

Through Technology We Can Conquer Anything

Throughout the history of humankind, whenever we were faced with a challenge, for better or worse, we innovated and invented different technologies to aid us in specific tasks. There have been numerous geniuses who have developed the tools we use today and take them for granted. Ray Tomlinson invented email, Adam Osborne invented the laptop, ad IBM created the first smartphone, even though it was Apple that truly brought it to the masses. All of these technologies solved tremendous challenges that we had to deal with in the past.

However, each generation has its own set of issues, and at this current time, we are in a transitional period where just about every person out there is starting their own freelance business. In other words, too many factors come into play to even get started with such a task, as each of them is reliant on a third party.

HYVE aims to eliminate third parties. Bottom line. You see, third parties have always been a huge part of the hiring process, and in terms of freelancing platforms, the dominating third parties have been Upwork or Fiverr, for example. Corporations such as Addeco charge on a per hire base, typically equal to 1 or 2 salaries. Freelancing platforms take a commission on every job completed through the platform at a fee of around 10%. Decentralized platforms charge between 0.5% and 0%. This is the advantage decentralized solutions have in terms of bringing the funds back to the actual workers.

In terms of welfare, many countries have developed a system that takes care of the population with low income. Blockchain technology can improve this system through globally synchronized provable information. As such, the easiest way to help someone is to help them find a job. The beauty of the blockchain solution is that it offers interoperability between countries as well.

The HYVE Token has a lot of utilities, primarily governance. It can be also staked and provide rewards from fees. $HYVE is used in auctions from the vault. It is also used as the payment system for companies wishing to use HYVE Launch.

In terms of applicability in the workforce industry, one of the primary functions of the HYVE token is the governance of the ecosystem, where the token holders can freely share ideas, which others can vote upon. Through these tokens, anyone can get included in the governance of the entire ecosystem and get rewarded for it. Through the HYVE improvement proposals, you can change certain parameters of the HYVE core contracts and add new interactions. This brings back control, as it can be entirely community-driven due to this governance model. Furthermore, any user can stake several tokens in a smart contract and vote on a proposal. For a proposal to be inevitably implemented, a certain percentage of these tokens need to be assigned to it.

Keep in mind that the tokens can be withdrawn at any time. However, the voting power is removed and subtracted on each of the active proposals voted upon. When it comes to curation, users can create smart contracts which can follow a predefined standard.  Everyone and anyone votes on their adherence and adds a new report category to the entirety of the ecosystem. To report a task, all the user needs to do is stake several HYVE tokens, where the listing goes to a dispute. Once a dispute for a category is settled, the job and task cannot be reopened again, but the decision can be appealed.

This provides a global task directory truly controlled by $HYVE holders, and as such, allows for a high level of decentralization, security, and fairness.

🐝 Want to know more about HYVE? 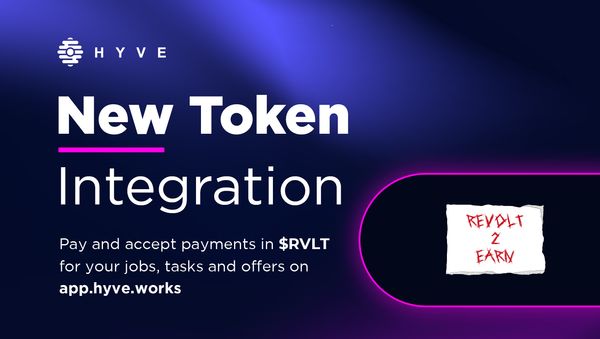 What’s up, HYVERS? As winter’s settling in we are integrating tokens as many as Mariah Carey’s ‘All I want for Christmas is you’ will be played during December. This week we are integrating $RVLT from Revolt 2 Earn, a project part of Cult Dao’s ecosystem, an 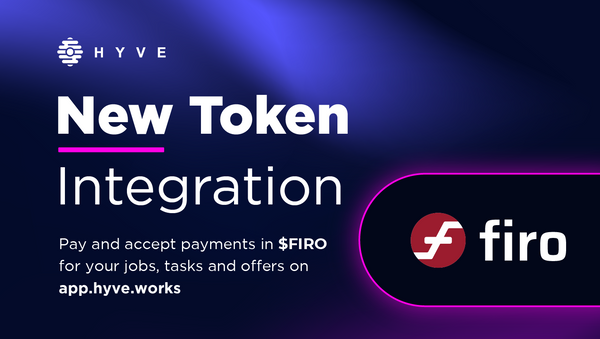 Welcome back, fellow HYVERS! We’re right on track to reaching 100 token integrations by the end of the year, thus becoming a universal platform for freelancers, with ultimate freedom over payment options! Our new partnership for this week involves bringing in Firo, a cryptocurrency that focuses on being private 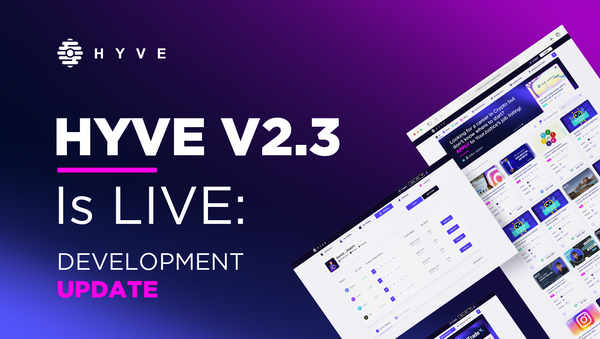 It’s been quite a long time since our latest development update, however this doesn’t mean we haven’t been working tirelessly to improve the platform and create a seamless experience for freelancers. You are accustomed with our almost daily token integrations, diversifying payment methods in order to create